Which Mouthwash Is Right For You? 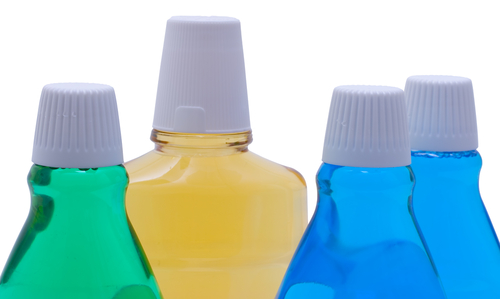 Which Mouthwash Is Right For You?

Like most aspects of dental care, there is no one-size-fits-all approach to selecting a mouthwash. There are different types of mouthwash that are appropriate for different needs. But what options are available? What makes them so different? And more importantly, which one is right for you? Let my dental office in Nottingham help.

If you suffer from chronic bad breath and if you battle bacteria in your mouth often, perhaps in the form of an infection, there’s a specific mouthwash that may be appropriate for you. We call this type of mouthwash antiseptic mouthwash. What makes it so good for fighting bad breath and infections? It contains chlorhexidine gluconate, which helps fight off and kill bacteria. This not only helps protect the mouth, it can make bad breath a thing of the past. Use it sparingly as too much can cause tooth discoloration.

Like antiseptic mouthwash, cosmetic mouthwash options are effective at freshening breath, but that’s about all they have going for them. Cosmetic mouthwashes are best paired with proper brushing and flossing, and used only for the extra burst of freshness. This type of mouthwash doesn’t have any properties to help protect against bacteria or decay, or to strengthen teeth.

Mouthwash Is NOT A Replacement

Whichever mouthwash you select, it’s important to note that mouthwash is not a substitute to regular brushing and flossing. Mouthwash should be used in addition to a proper at-home oral hygiene routine in order to maximize its benefits.

If you’re looking for guidance on selecting the right mouthwash for your specific dental needs, give my Nottingham dental office a call. We’ll be happy to talk with you about your concerns and suggest the most appropriate mouthwash for you.